We’ve been assembling a team with a rare combination of life, data, and computer sciences backgrounds, across business and engineering.

Our mission is to transform Data from Life into Data for Life. 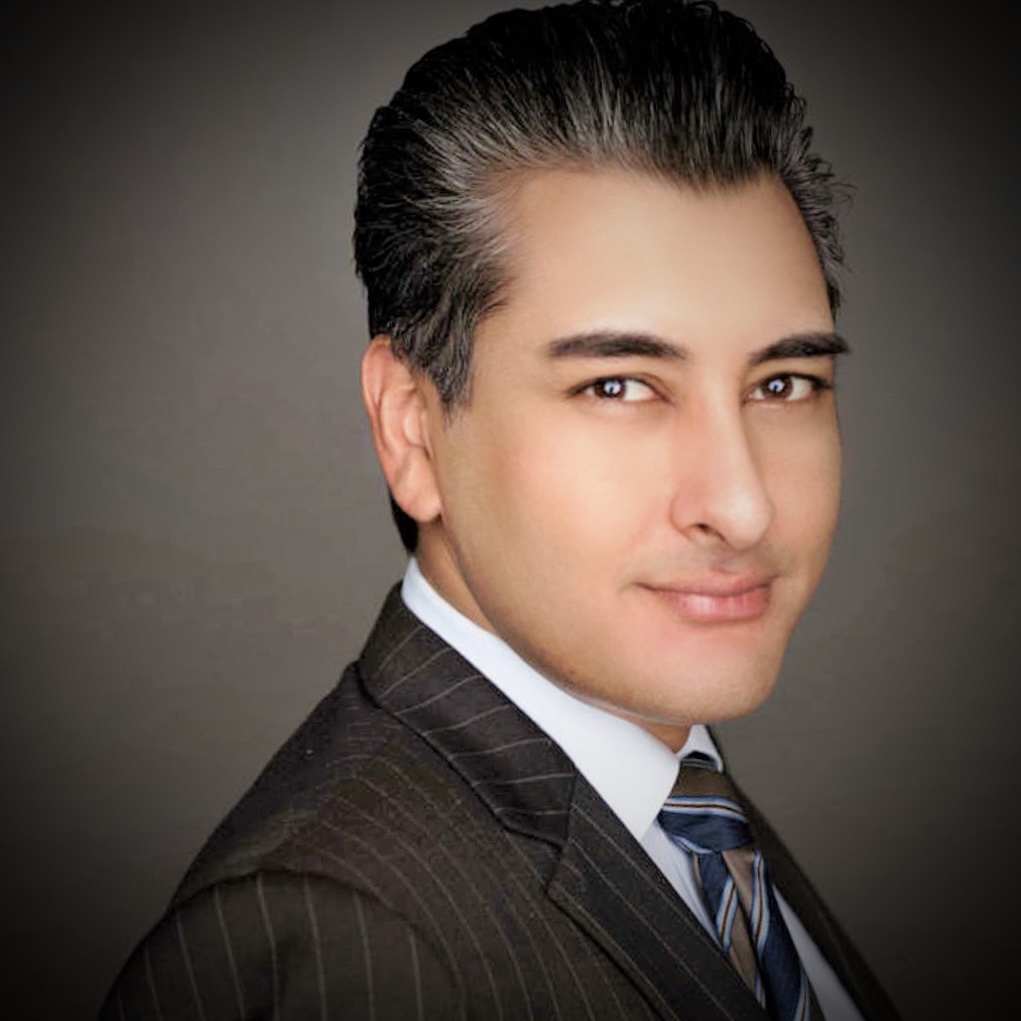 Savan is the Founder and CEO at BioTrillion.

Savan has spent his entire professional and academic life in life sciences, including 14 years working with hundreds of public and private corporations as a Healthcare Investment Banker at Citigroup (NYSE: C), Deutsche Bank (NYSE: DB).  From Analyst through Managing Director, Savan executed 40 M&A, IPO, and financing deals, totaling over $35 billion in value, and experienced many invaluable business and scientific lessons from his work with clients across the spectrum of drug, diagnostic, and device technologies.  These companies included Amgen, Anacor, Boston Scientific, Eli Lilly, Intermune, Map Pharma, Masimo, Medtronic, Omeros, Pacific Biosciences, and many others.  While a Vice President at Deutsche Bank, he was selected to lead the firm's build-out of its healthcare business into Asia, leading to two of China's largest IPO's – Shanghai Pharma and Fosun Pharma.

Savan began his career as a Bioengineer at Life Technologies (NYSE: TMO).

After many years of academic and professional experience in the healthcare field, a painful personal experience later in life gave Savan new perspective into how much healthcare needed to change – his mother was abruptly diagnosed with stage 4 cancer.  This compelled Savan to ask “where were all the signs” and “isn't there a better way,” which led to him returning to his Bioengineering roots and founding BioTrillion.

Harris is the Director of Computer Vision at BioTrillion.  His background is in artificial intelligence, computer vision, medical imaging, and 3D reconstruction.  He has extensive experience directing R&D activities in conceptualizing, designing, and commercializing FDA-regulated medical imaging products for several startup companies.

Prior to BioTrillion, Harris led the development of deep learning-based tools in the field of dentistry at Benevis.  He has also led the development of several 3D scanners, including the Otoscan ear scanning solution.  Harris began his career applying AI to medical images in his doctoral research, prompting him to found a company that developed an early computer-aided detection application for mammograms.  He has been granted 11 U.S. patents for his inventions.

Daniel is a Computer Vision Engineer at BioTrillion, focused on innovative disease detection solutions involving the use of Computer Vision and Deep Learning (CV/DL).  He has 2 years of industry experience with Software Engineering and 2 years of academic and research experience within different areas of CV/DL including Semantic Image Segmentation, Visual Odometry, and Machine Learning.  Daniel is passionate about applying AI and Deep Learning technologies toward making healthcare more accessible and affordable at a globally digital scale.

Ranya is an Intern at BioTrillion, with a wide range of roles spanning across business and technology.  She previously conducted research in Alzheimer's disease therapeutics using an organically produced acid and received a Matice Award at a Model United Nations conference in Rabat, Morocco.  As part of her summer courses at Brown University, UCLA, and Gettysburg College, she has studied Brain Simulation, Engineering, Forensic Science, and Psychology.

Ranya is currently pursuing her B.S. in Neuroscience and B.S. in Computer Science at Barnard College, Columbia University.

Andrew is an Intern at BioTrillion, joining with previous startup experience in market analysis and research.   He was a Nationals Qualifier for the U.S. National Chemistry Olympiad and was ranked 76th in the International, Division 1 AAPT Physics Bowl.

Andrew is currently pursuing his B.A in Economics at Yale University. 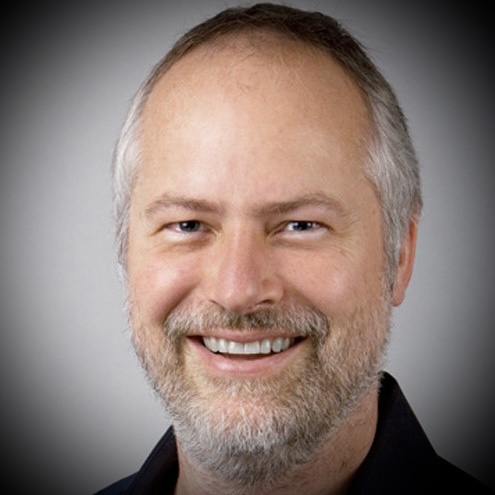 Dr. Kirk was at NVIDIA (NASDAQ: NVDA) for over 20 years, and served in many roles, including Chief Scientist, Vice President of Architecture, and most recently, Fellow.

Dr. Kirk received the Distinguished Alumni award from Caltech in 2009.  He was elected in 2006 to the National Academy of Engineering (NAE) for his role in bringing high-performance graphics to personal computers.  In 2002, he received the SIGGRAPH Computer Graphics Achievement Award for his role in bringing high-performance computer graphics systems to the mass market.  Dr. Kirk is the inventor of more than 60 patents and patent applications relating to graphics design and has published more than 50 articles on graphics technology.  He also co-authored the popular textbook “Programming Massively Parallel Processors.”

Dr. Kirk holds B.S. and M.S. degrees from MIT and M.S. and Ph.D. degrees in Computer Science from Caltech, with a minor in Computation and Neural Systems. 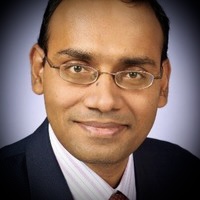 Dr. Kumar is a Lillian & Morrie Moss Chair of Excellence Professor in Computer Science at the University of Memphis. His research focuses on using mobile sensors for self-monitoring of health, wellness, and performance.  Dr. Kumar's research group has developed computational models to infer human health and behaviors such as stress, conversation, smoking, craving, brushing, flossing, and drug use from wearable sensor data.  He leads several large federally-funded multidisciplinary projects in mobile sensor big data funded by NIH, NSF, and IARPA (worth over $40 million).

Dr. Kumar is currently Center Director and Lead PI of the NIH Center of Excellence for Mobile Sensor Data-to-Knowledge (MD2K) that involve investigators in computing, engineering, behavioral science, and medicine from 17 universities.  In 2010, he was named "Sensor Guru" by the Popular Science magazine as part of their profiling of America's Ten Brilliant Young scientists and is a frequent keynote speaker or presenter at universities, medical schools, federal agencies including at the White House, international conferences, and national meetings of experts. 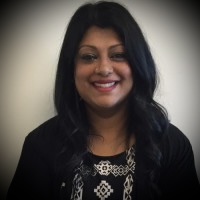 Prior to joining Calithera, Ms. Ray served as Chief Compliance Officer and Associate General Counsel, Head of Healthcare and Regulatory Law at Pharmacyclics, until its $21B acquisition by Abbvie, one of the largest biotech M&A deals in history.  Prior to Pharmacyclics, she served in roles as internal counsel for Elan Pharmaceuticals, Genentech, and AstraZeneca, and as external counsel for the law firm of Montgomery, McCracken, Walker and Rhoads LLP.   Ms. Ray has been a keynote speaker, panelist, and leading expert at various national healthcare conferences, and has served in numerous mentorship, advisory and non-profit board roles committed to advancing and supporting women and diversity.

Ms. Ray holds a Juris Doctor from Temple University School of Law and a Bachelor of Science in Microbiology from the University of Arizona. 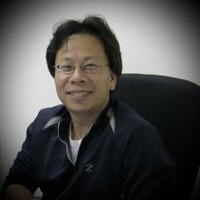 Dr. Su has extensive experience in taking conceptual R&D ideas to human clinical trial and finally to commercialization.  He is inventor/co-inventor of 32 issued worldwide patents and 25 pending patent applications.

Dr. Su holds a Bachelor’s degree in Chemical Engineering, and Master's and Ph.D. degrees in Biomedical Engineering from the University of Texas Southwestern Medical Center.

© 2020 BioTrillion, Inc. | All Rights Reserved Worldwide | Terms of Use